Relevance of Soviet upbringing: judge for yourself 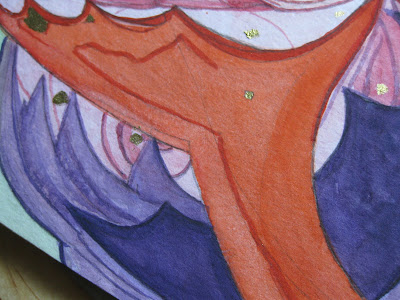 Off to a good start!

This morning I received the posting that Andrew Sutton had earlier lost under a cushion somewhere in Cyberspace!

Sorry, Andrew, that you have had to wait so long to see it in print! It has been a very long, six-language day at work today!

Andrew told me that he hopes that I receive many more contributions for my new blog that will describe conductive upbringing in operation, in the home, at school, wherever, in all its myriad manifestations. So do I, fingers crossed that this "starter- for-ten" sets the ball rolling.


Relevance of Soviet upbringing: judge for yourself

The then Soviet Union invested considerable effort into the development of upbringing (vospitanie), in the family, at school and in society at large, and in the post-War period much of this leaked into what we used to call the satellite countries.
Having invested no little effort in trying to understand Soviet education and developmental psychology, before I ever came upon Conductive Education, I was impressed from the outset at how what I saw at the then State Institute for Motor Disorders in Budapest, conformed to Soviet expectations. Mária Hári would have none of this, of course: ’Everything that we do here is from Pető’ she vigorously protested when I suggested to her that Hungarian nevelés looked to me so very much like Soviet vospitanie.
A few months ago, on Conductive World, I asked conductors to comment on what they knew about A.S. Makarenko. There were no responses at all on line, though I did follow it up with a little personal questioning. The responses were salutary, characteristic being ‘He was the one who hit the boy: personally I do not believe in doing that’. Someone (maybe yourself) suggested that this referred to the well-known pivotal episode early in Road to Life and was something that student-conductors at the PAI would mug up for a final exam. Certainly, I found no suggestion of a theoretical acknowledgement of the possible role of vospitanie in helping shape the regime at the PAI.
Maybe of course things are different in Hungary now. Even so, the powerfully formulated formulations of Soviet vospitanie are as good a starting point as ever for exploring how one might bring up children with personality traits, moral values, personal habits, self-discipline, social tolerance etc. etc. appropriate to the life ahead of them – and from there shine a searchlight into the far less articulated depths of conductive nevelés.
During the good/bad old days of the Cold War the late Urie Bronfenbrenner used a study of Soviet vospitanie as a means to shed light on how Americans socialised their children. He wrote a truly lovely little book that was published in huge numbers on both sides of the Atlantic and is still profusely available through the Internet booksellers (and, in England at least, on the shelves of many local second-hand bookshops), with UK prices ranging upwards from £1.00:

Bronfenbrenner, U. (various dates) Two worlds of childhood: US and USSR, published by Wiley and Penguin, and perhaps others too).
I had wanted to find a nice quotation to offer you to help define upbringing but I am afraid that my own umpteenth copy of this book appears to have been liberated (as were its predecessors) . I suppose that I ought to consider this a good sign – it shows that people want it – but it was a Penguin edition, by far the most visually attractive, so I rather resent it!
I have also looked in Google Scholar but this did not help at all fill in my blanks and come up with a nice quotation.
So I am left to recommend that, if your readers wish to read about upbringing, in an attractive and engrossing little book that has the further advantages of being (a) short and (b) nothing whatsoever to do with Conductive Education, at a superficial level anyway – then they should buy themselves a copy.
Maybe somebody might even like to try to make a similar sort of anthropological/ecological comparison: ‘the two worlds of childhood: conductive upbringing and what happens instead’!
The vospitanie/nevelés question has been raised several times on Conductive World. Here is a couple of instances: