Supination/pronation or ‘When did you learn to turn your arm like that?’ 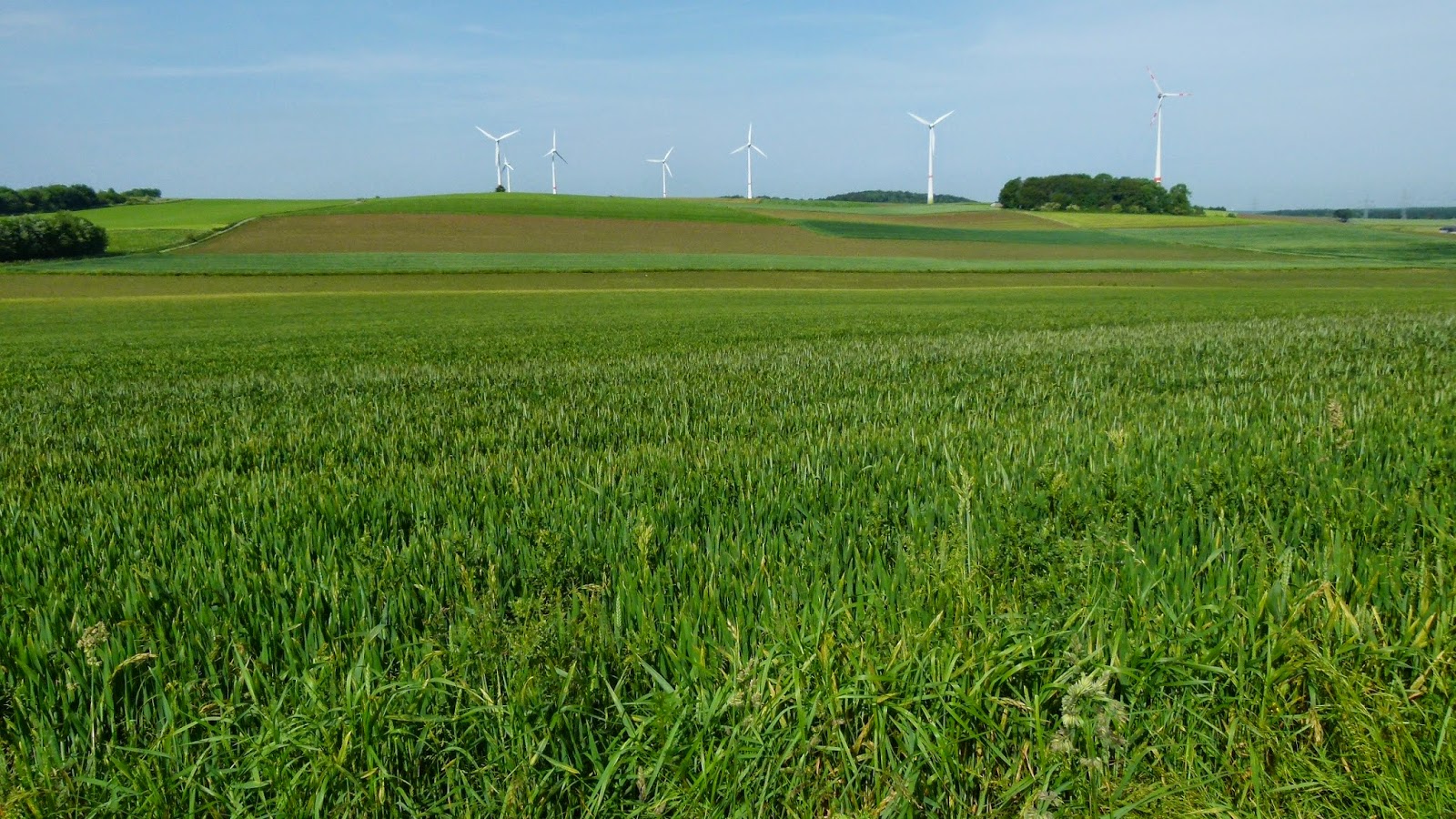 I remember many years ago – about twenty – when I spent so many mealtimes with a family showing them how to incorporate fine-motor tasks into the daily routine. One task that was easy to integrate into the time at the table was pronation and supination of the hand and arm. This worked especially well as the child I was working with loved to get her siblings to chop cheese in to small cubes for her so she could sprinkle them (with index finger and thumb) on her noodles. I encouraged them always to ask the child for an upturned hand and outstretched arm to put the chunks in.

With three siblings and Mum and Dad at the meal-table there were always ample opportunities for practice, and again later while helping to clear and clean the table.

It was not only cheese that was put into that upturned, outstretched hand; apple slices were another favourite.

I taught the family how to help at thumb, wrist or elbow to get that little bit of extra stretch or an even flatter palm. I encouraged them not to stretch out to the child but to let her reach out to them. Eventually when the child learnt to cut she would chop the cheese for her siblings and offer it to them in her upturned hand.

It was not only at meal-times that we practised and it was not only the family who joined in fitting things into the daily routine. The home-help was shown how to help us too. As soon as she heard that lunch was being prepared this child loved to run off from our work together into the kitchen from where she would reappear with a few sticks of red pepper or a handful of chopped mushrooms, all having been placed in her upturned palm.

On one occasion when we were together playing with magic glitter-sticks, twisting and turning them in our hands and bending and stretching our arms, I was asked –‘Why are we practising this? Look I can do it!’

She explained what had happened at the next meal time, when she demonstrated and said ‘Look I can do it’ the family called out to her in chorus– ‘Then always do it then you won’t forget it’.

That task seemed to have become well and truly integrated into the routine of the day!

This child, now a young adult just finishing her Master’s degree continued to practise this movement in all situations in her daily life until it became a spontaneous and natural movement. But I expect her family still expect her to stretch out her upturned hand to receive anything they give her!

I was reminded of this story this past summer as I worked with Laddo.


Now in his adult life, since he learnt to walk longer distances, he is able to venture further but he is rarely confident enough to do so alone.

Each time when I arrive to work with Laddo his first request is to go out walking, that will mean anything between five and ten kilometres a day, depending on the weather. 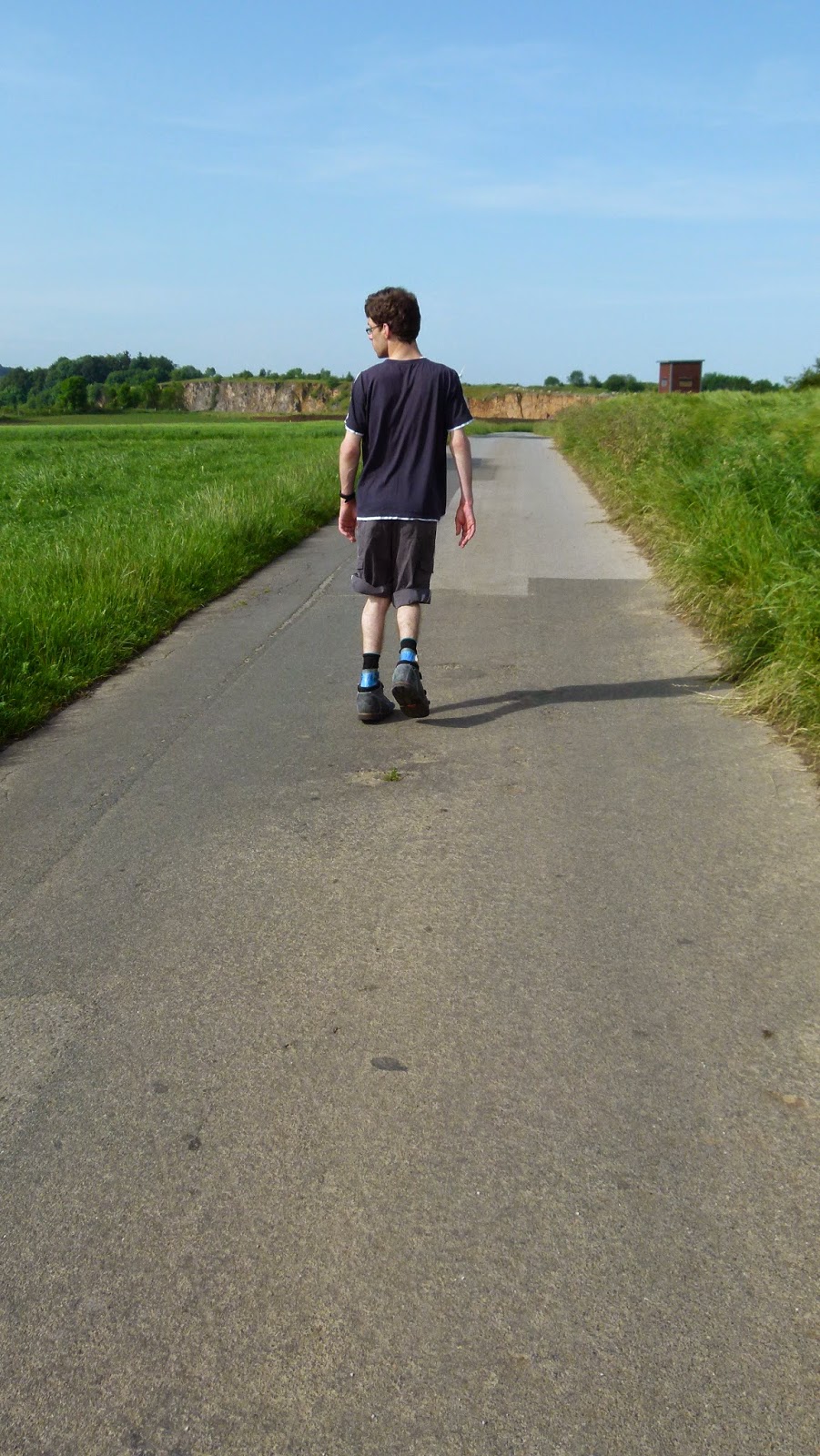 In the first days of our work together we enjoyed glorious late spring sunshine so we were able to get out and about in the surrounding countryside. 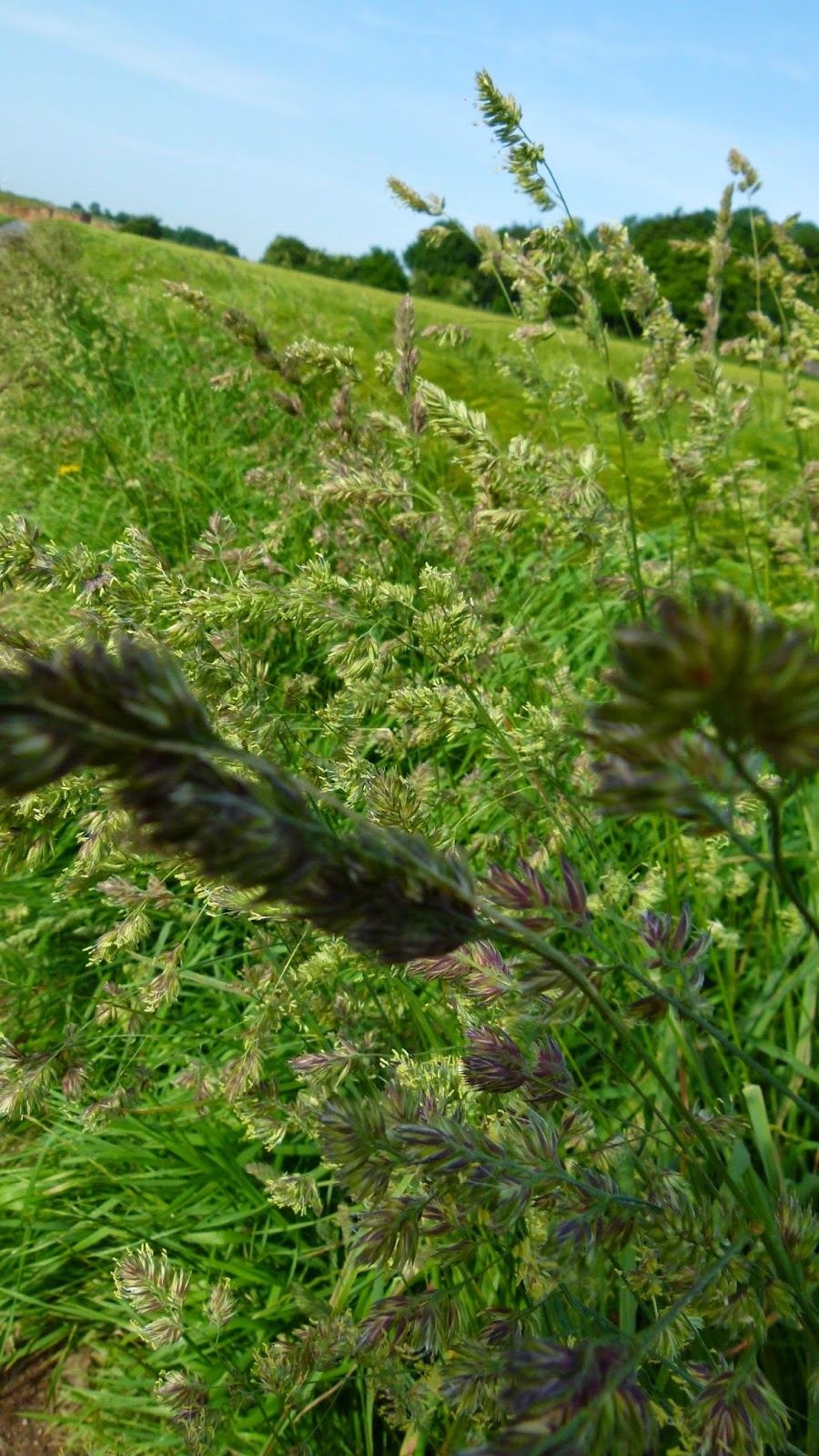 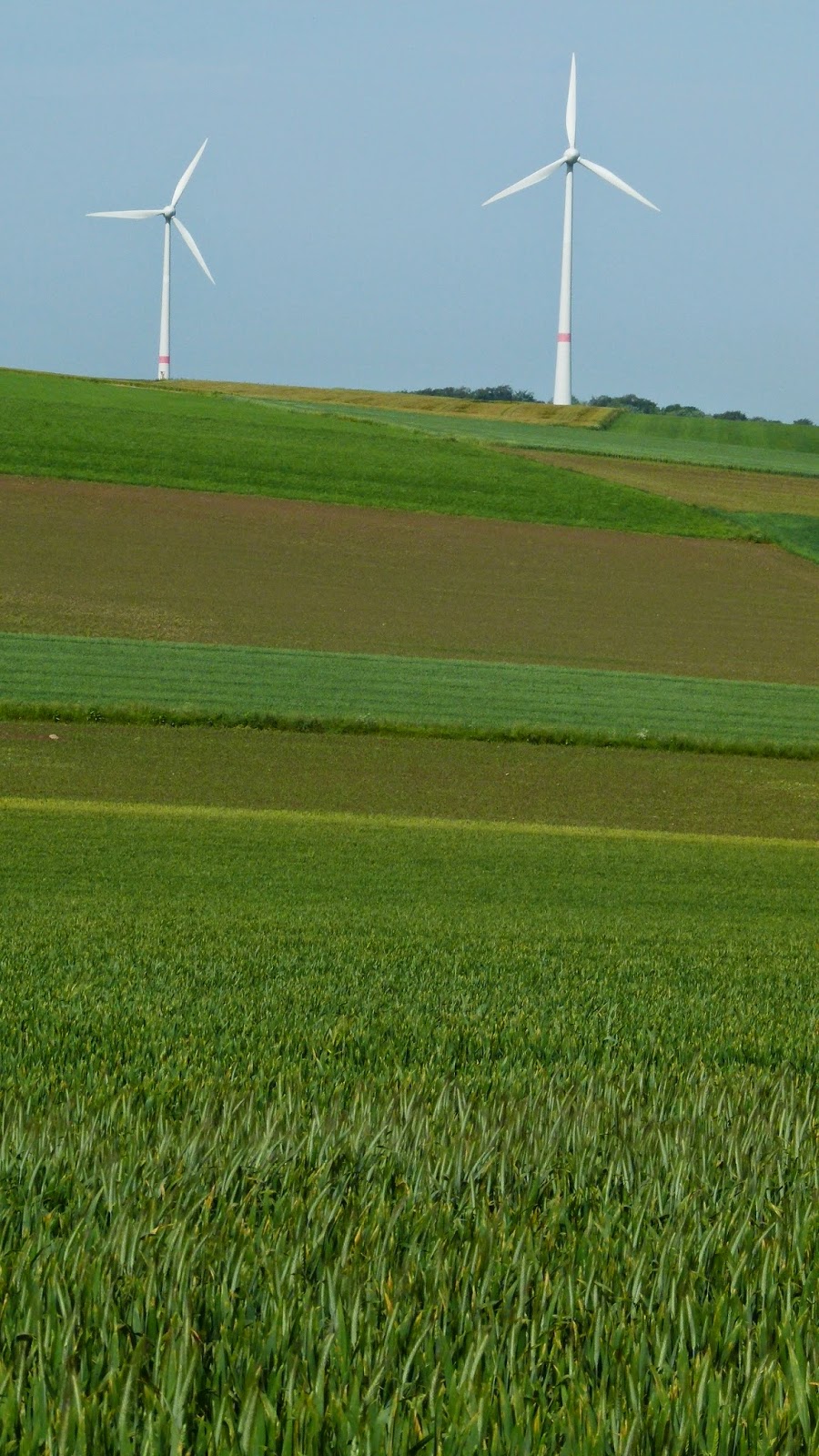 Laddo found renewed pleasure walking in the hills that are on his doorstep. The lanes through these hills were our training ground in his teenage years when he was determined to march with the shooting club as soon as he reached sixteen. He was always so thrilled with the beauty he found in the fields, the skies and the creatures we discovered as we pounded the lanes, clocking up the kilometres and enjoying the sunshine. 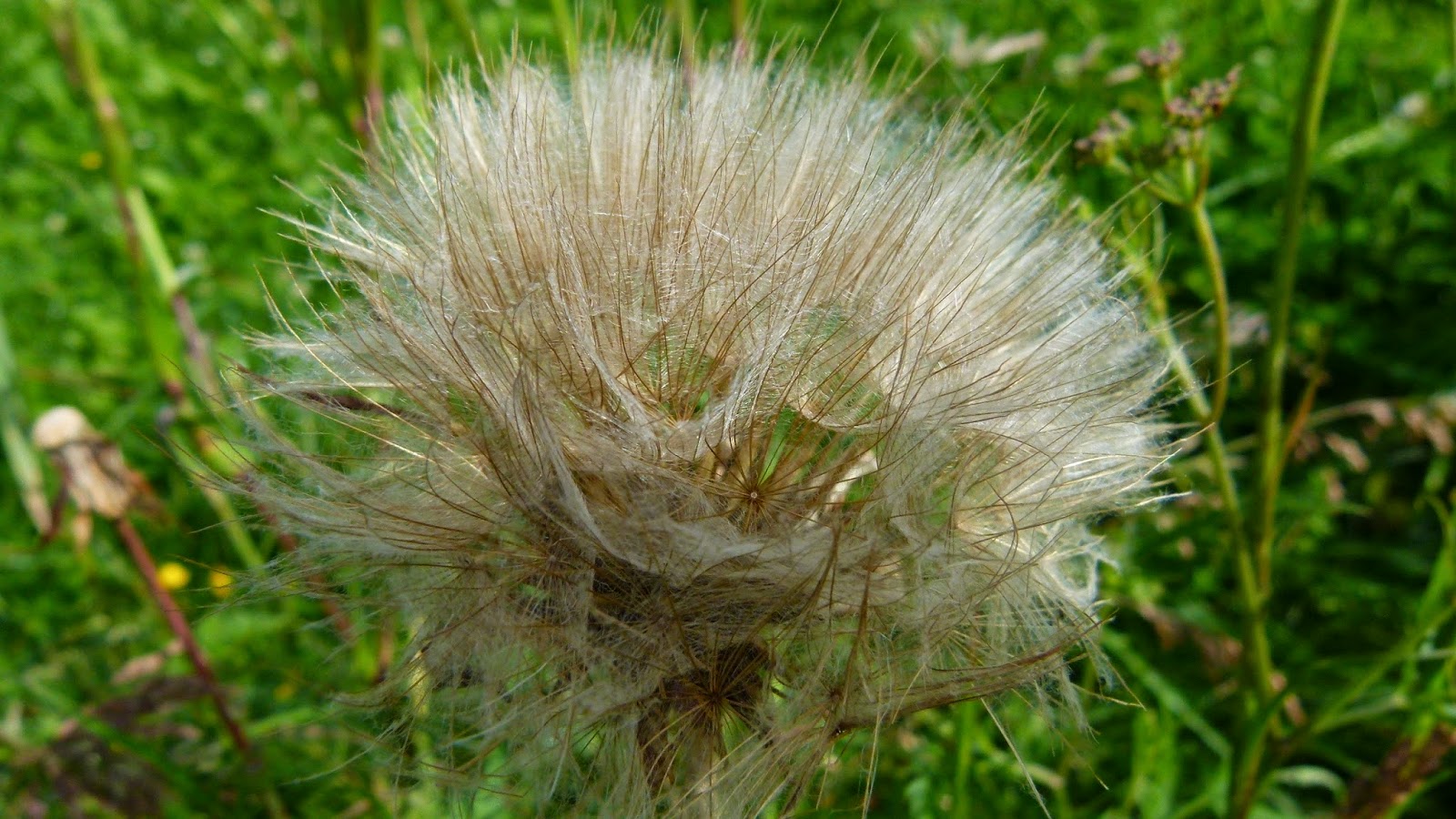 He often exclaims about how lucky he feels that he lives where he does and how lucky he is that I will go on such long walks with him. I make sure when we are out and about that we look at the things that he would have been discovering when he was a child had he been able to go off with his siblings and roll around in the hay, scramble under hedgerows, and crawl under fences. We discover four-leafed clovers, count the petals on a poppy, pick and blow dandelion clocks and take very close looks at the insects we find. We take photographs of the clouds, of sunsets and of the rolling fields with corn or hay bales. All to be used later as subject matter in paintings. 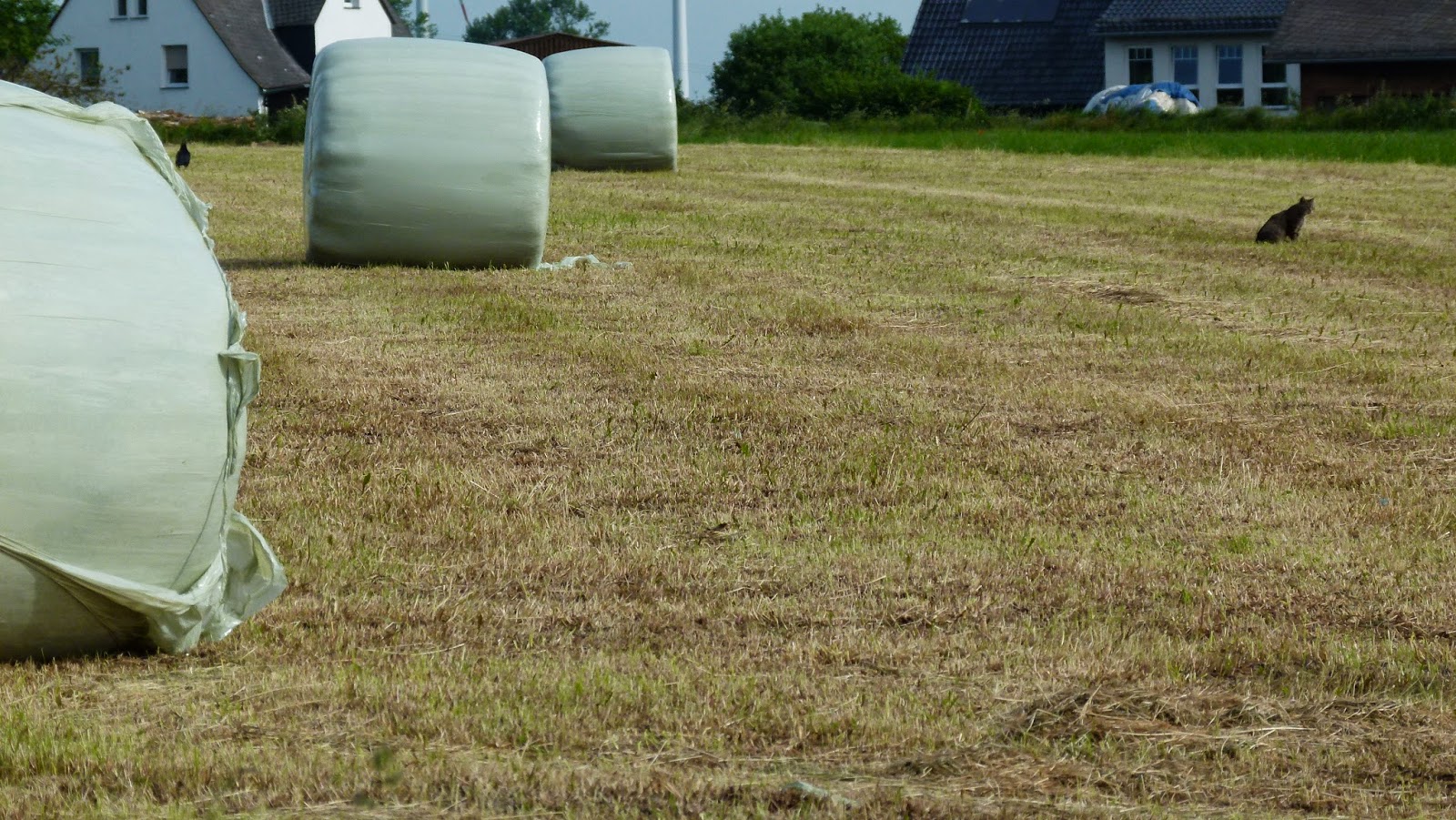 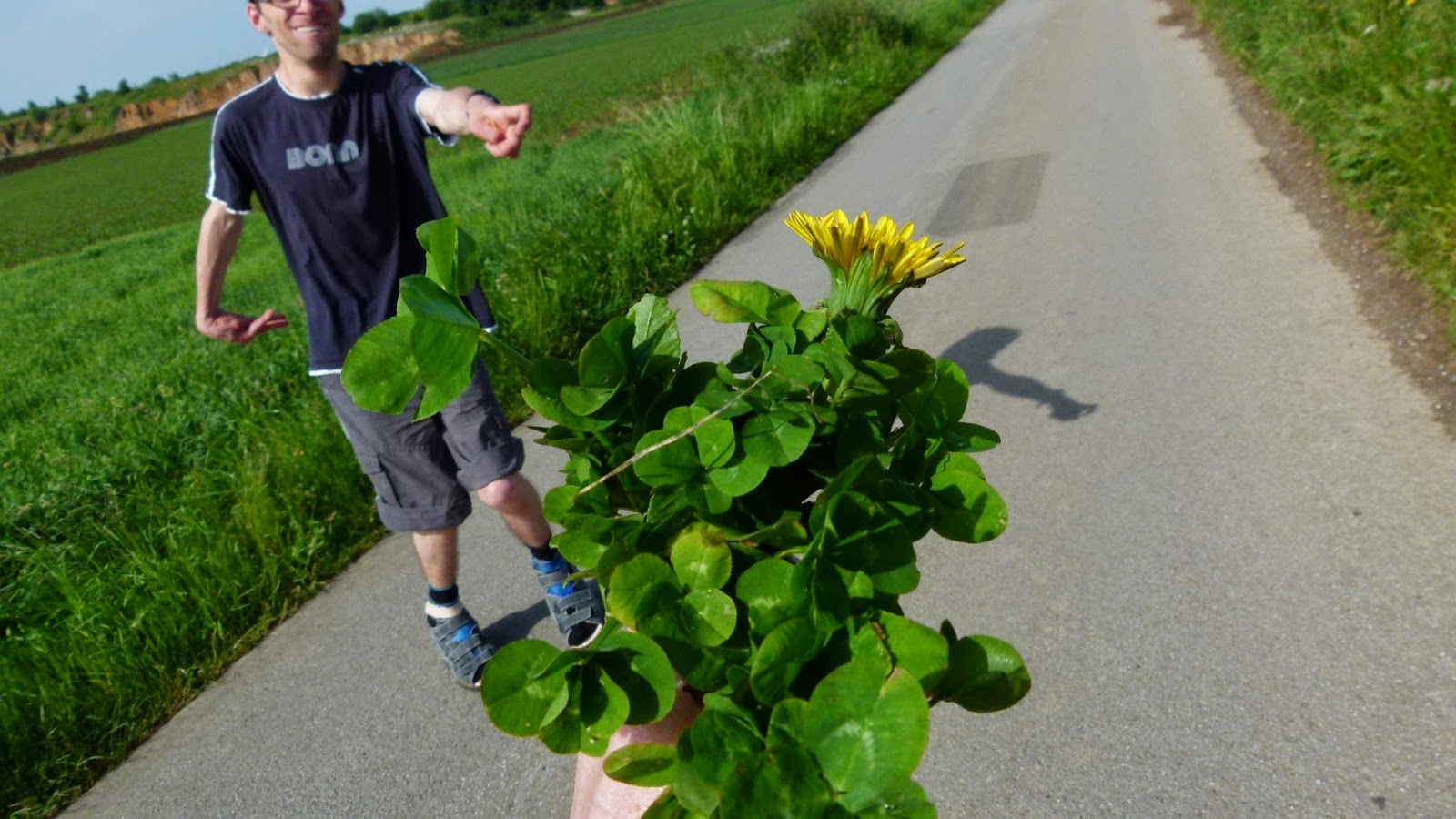 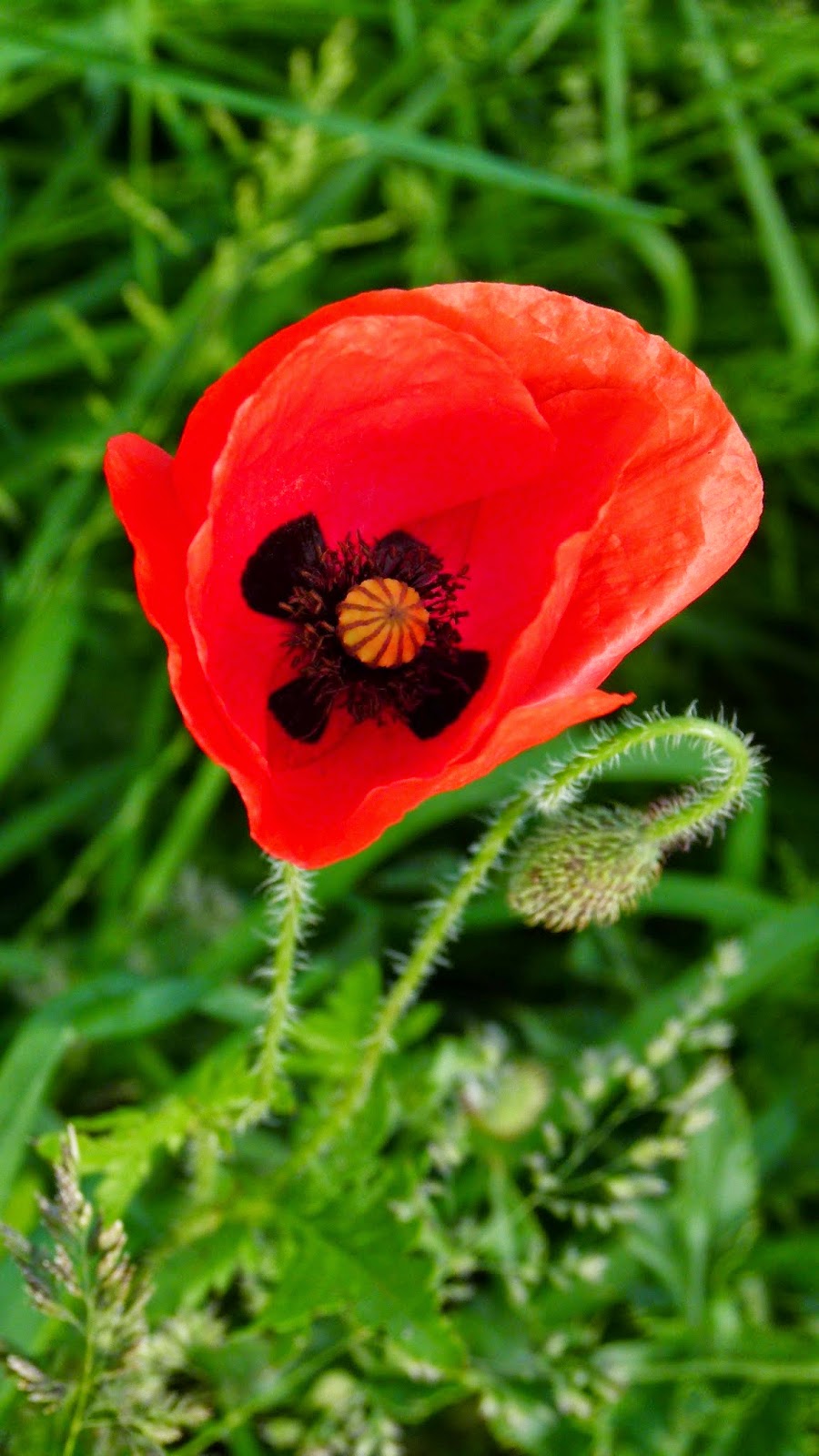 It was on such a walk this summer that I noticed Laddo twisting and turning his arm, he was trying to follow the movements of an insect that was creeping along his skin. 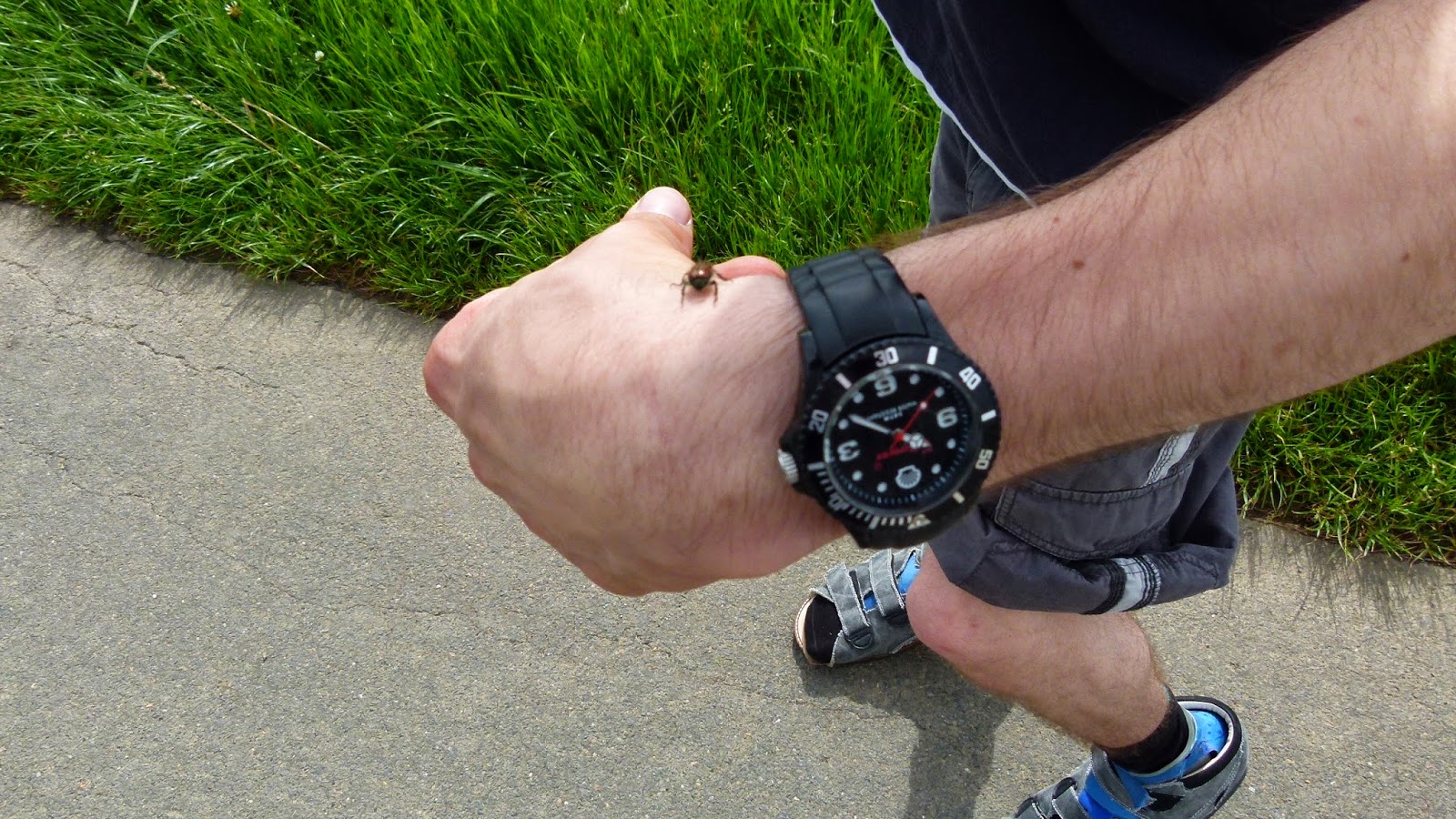 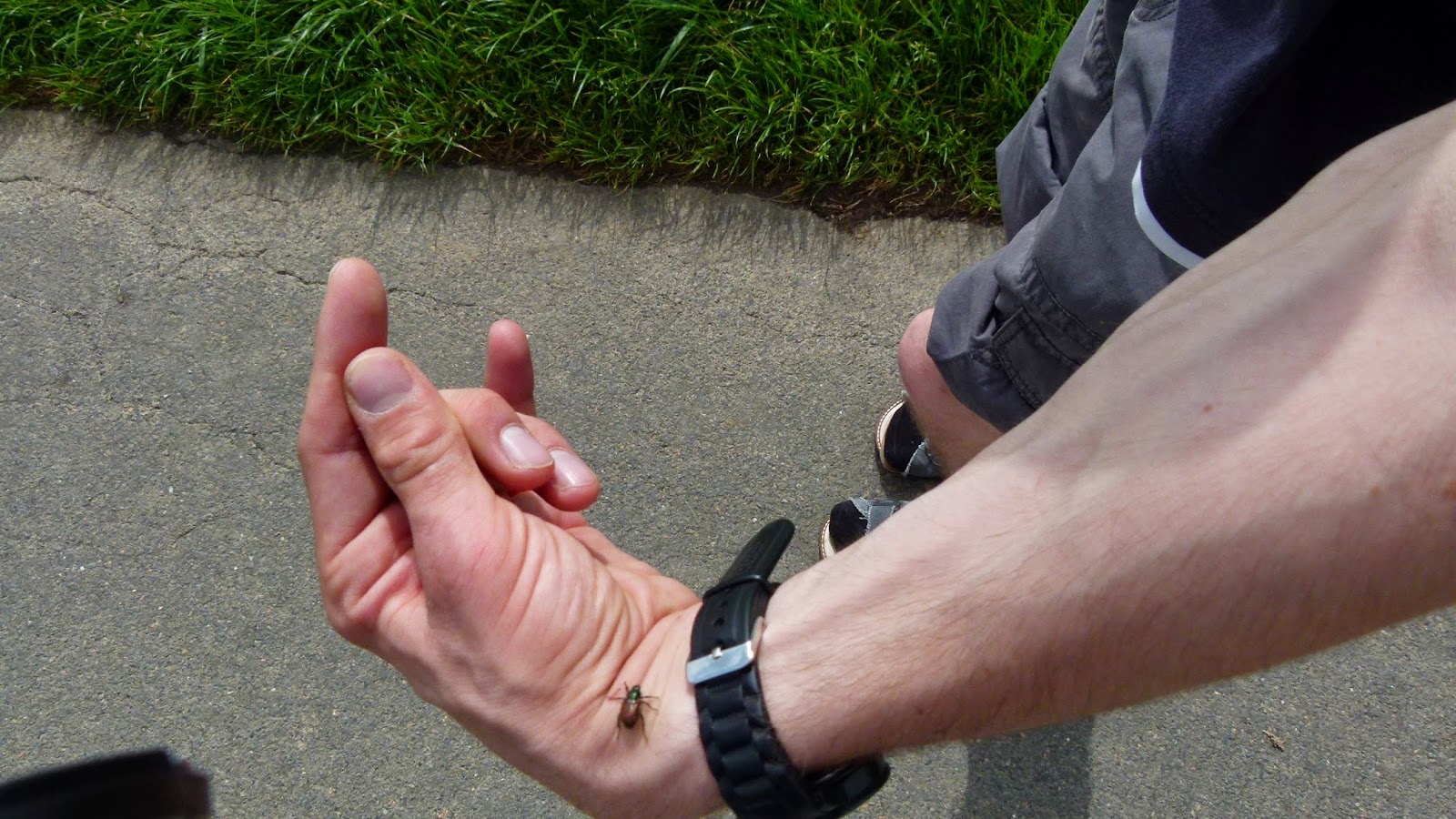 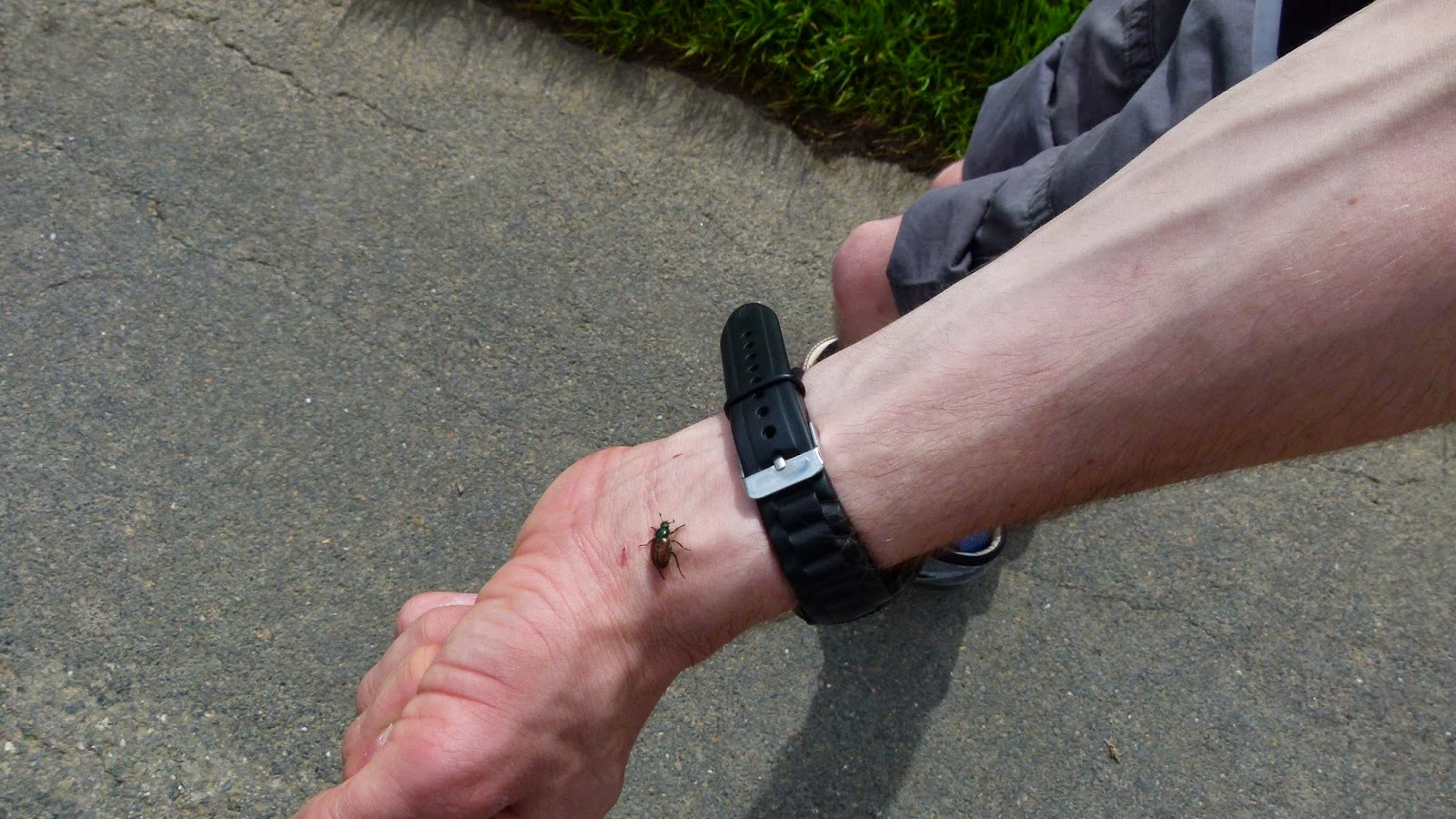 So it was with  tongue-in-cheek that I asked him where he had learnt to twist and turn his arm like that. His huge smile was enough to tell me that he too knew how much hard work had gone in to learning something that now just came naturally.

At twenty-four-years-old Laddo is at last able to watch creepy-crawlies tickling his skin just as my four-year-old niece, Aimee, was also doing this summer in England when we took a walk together in the woods. 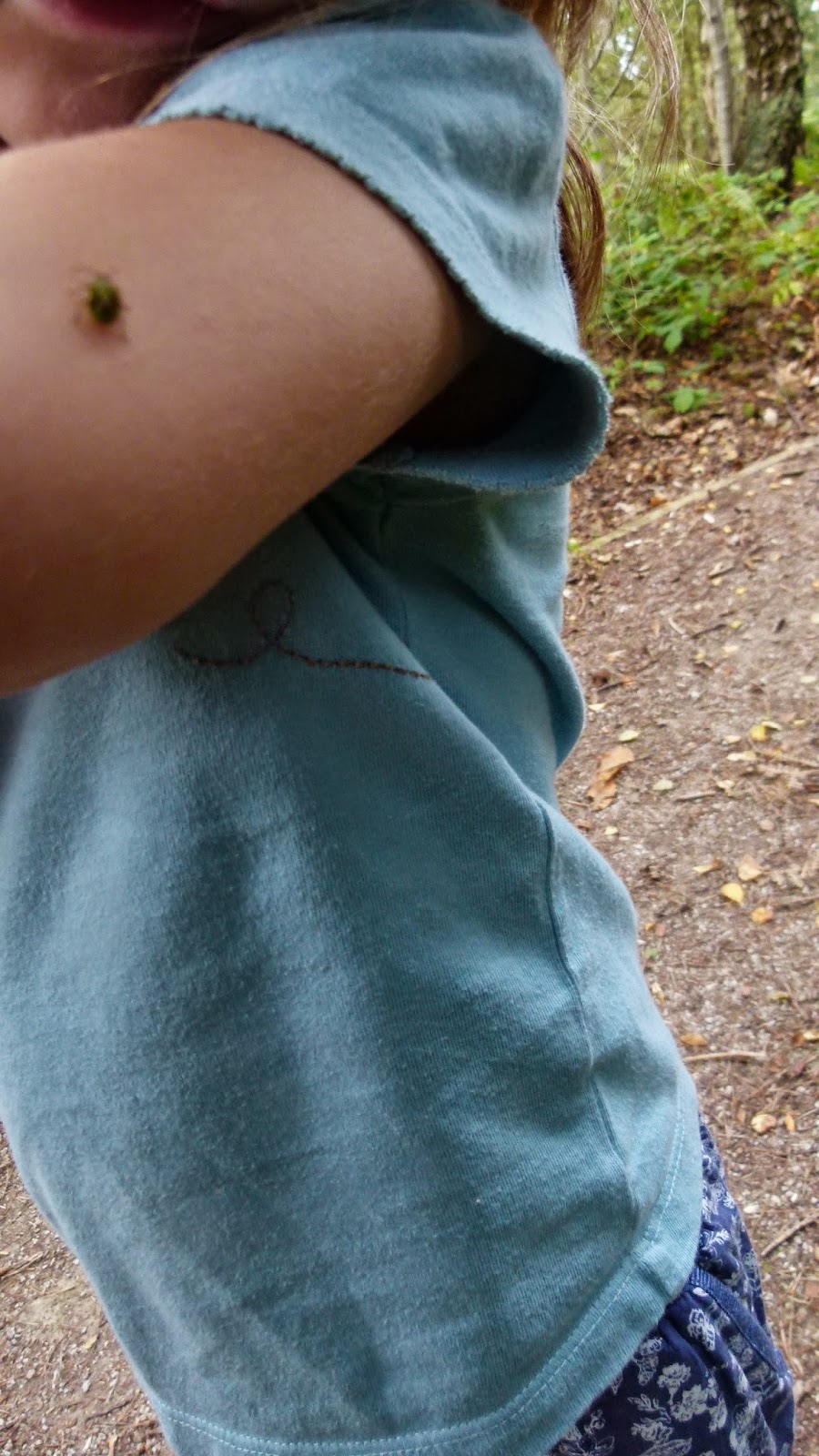 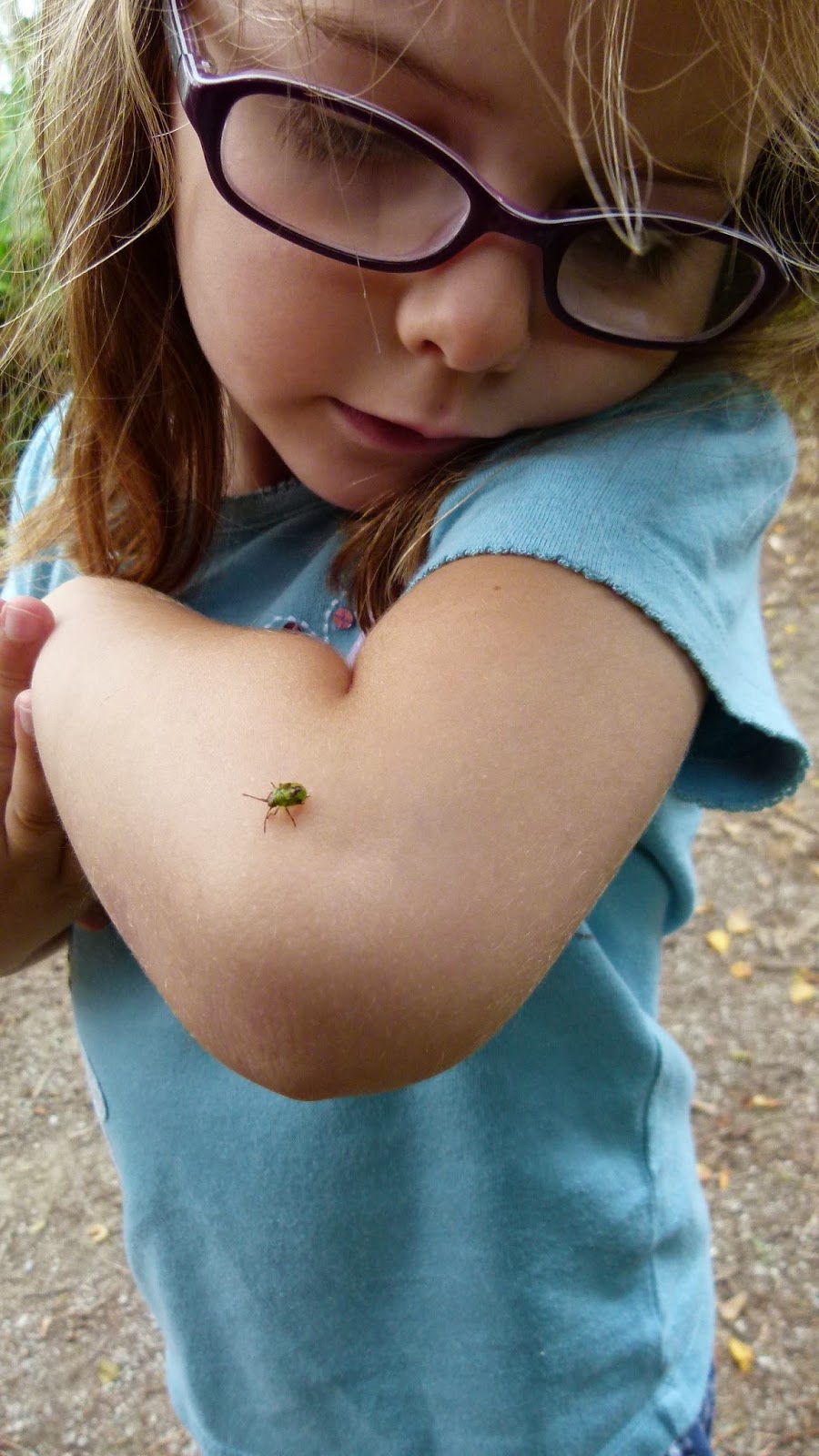 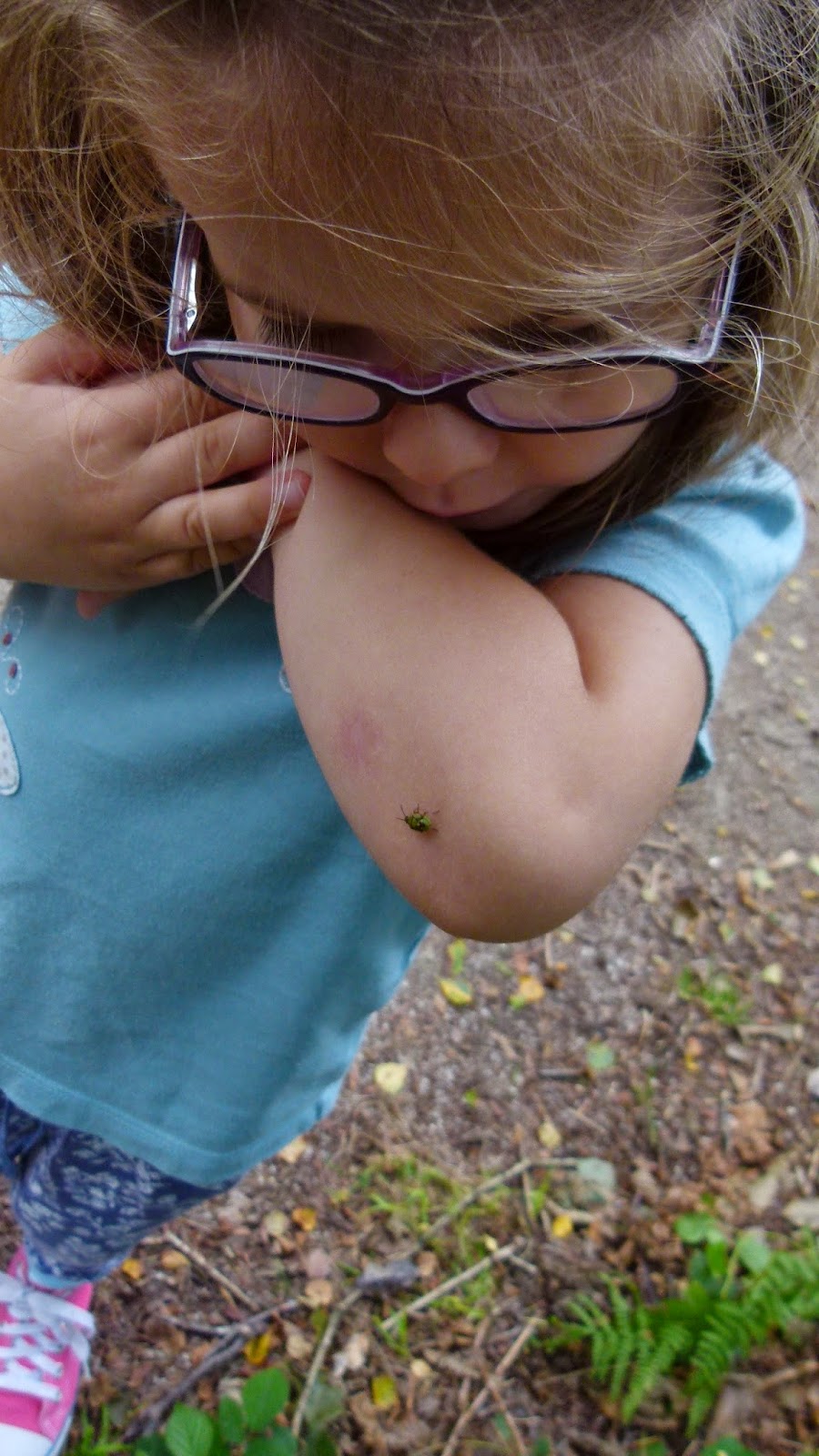 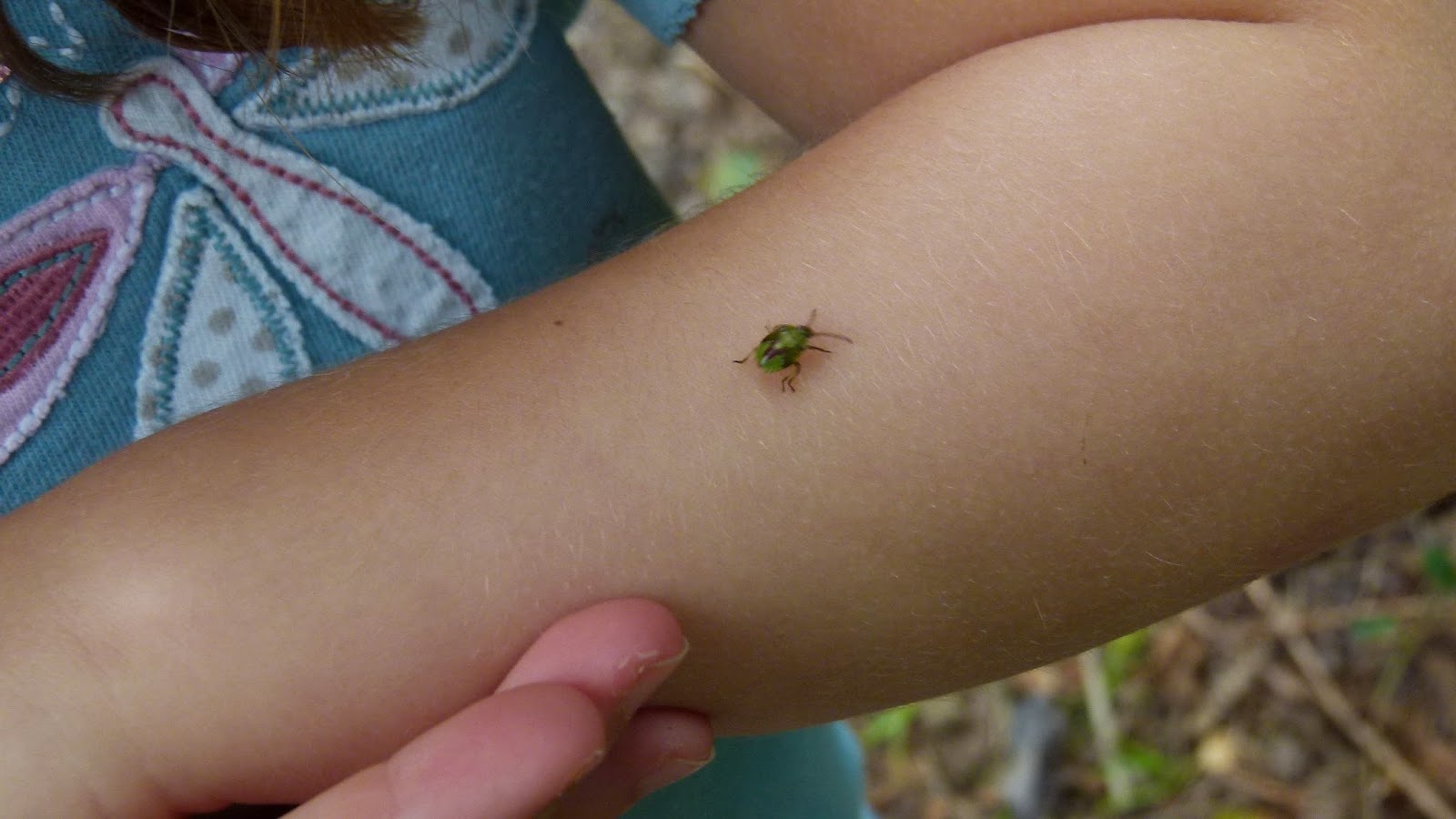