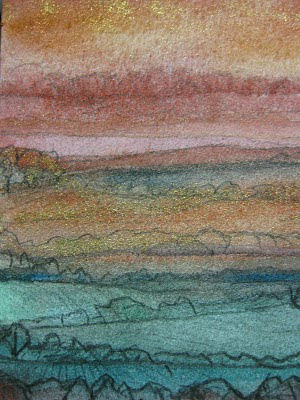 "Bringing back a piece of home"
by Susie Mallett, September 2010

In Andrew Sutton’s “starter for ten” on this new blog, he recommended a book by Uri Bronfenbrenner:

I have ordered my copy and will certainly be writing something here about what I read, when the shipment arrives.

Until then here are a couple of paragraphs about the author that I discovered while googling the German and English book shops.

As a result of Bronfenbrenner's groundbreaking work in "human ecology", these environments, from the family to economic and political structures, have come to be viewed as part of the life course from childhood through adulthood. The "bioecological" approach to human development broke down barriers among the social sciences, and built bridges between the disciplines that have allowed findings to emerge about which key elements in the larger social structure, and across societies, are vital for optimal human development.

Generally regarded as one of the world's leading scholars in the field of developmental psychology, Bronfenbrenner's primary contribution was his Ecological Systems Theory, in which he delineated four types of nested systems. He called these the "microsystem" (such as the family or classroom); the "mesosytem" (which is two microsystems in interaction); the "exosystem" (external environments which indirectly influence development, e.g., parental workplace); and the "macrosystem" (the larger socio-cultural context). He later added a fifth system, called the "Chronosystem" (the evolution of the external systems over time). Each system contains roles, norms and rules that can powerfully shape development.

There were lots of copies of the book available here: http://www.abebooks.com