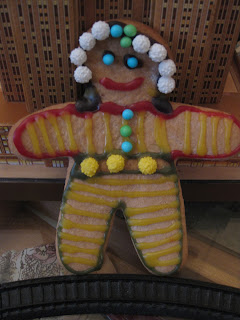 My festive gingerbread biscuit
I have not yet been asked for advice about organising a wedding where there would be disabled guests or when the bride or groom are themselves disabled, but as my young clients get older, several of them very near to completing their university education, I am sure that the time is not far off.
I have just discovered an article in the Guardian that deals with just this subject:
http://www.guardian.co.uk/lifeandstyle/2012/feb/17/disabled-weddings-plan-accessible-day

Posted by Susie Mallett at 20:52 No comments: