The moving of plinths 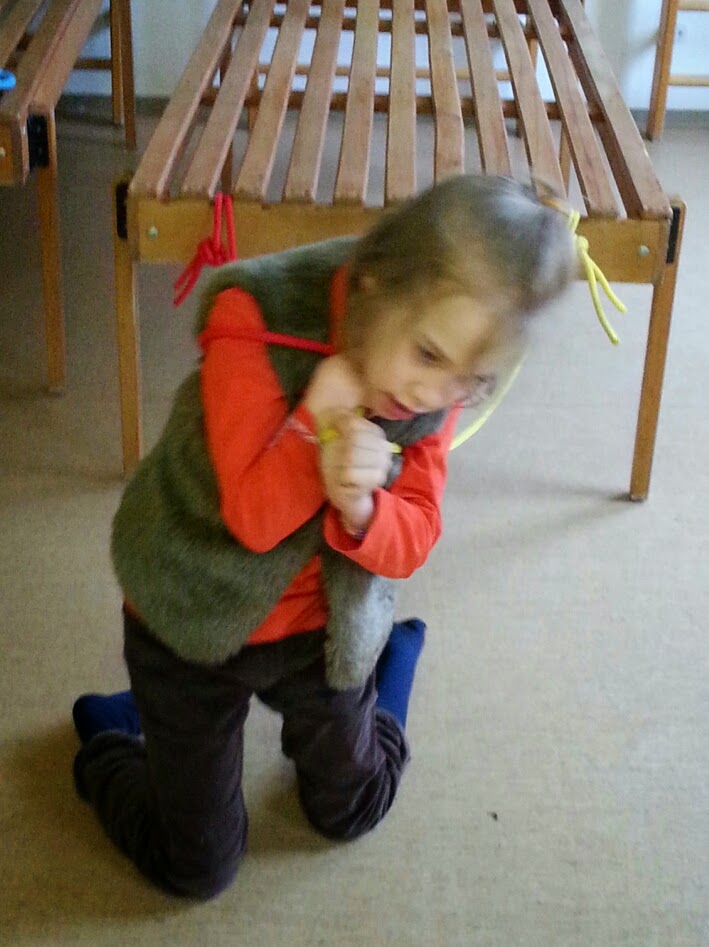 We had used the plinths conventionally on Friday with three groups, with adults, littlies and the school children, and at the end of the day they needed to be moved to make way for the cleaner.

Before we did this I asked Little Princess whether she remembered the day when she decided to have a competition with Jolly Professor to see who was the strongest – she wanted to discover who could move a plinth to the end of the room first. Little Princess was six years old at the time that this took place and she could not really remember it.

Six years ago Little Princess, with Jolly Prof’s help, tied ropes to two small children’s plinths which they then used to drag the plinths across the room. Little Princess was the fastest, much to Jolly Professor’s surprise. They practised this exercise several times over the following weeks but each time Little Princess was the fastest. This pushed her up a notch or two in Jolly Professor’s eyes, such strength in a girl was quite impressive he thought. They were already great friends at the time but this was what really solidified the friendship!

I knew even before I began this story that I would have to get the ropes out because Little Princess would wish to attempt the feat again.

It was a bit more difficult this time around because the plinths to be moved were adults' plinths that are larger and also made from a heavier wood than our children’s plinths, but Little Princess was not deterred. With the ropes in place she began tugging but it was tough going. Even when we turned the plinths over it was still really difficult. She started looking around for something to help her.

First she placed a carpet-mat underneath to make it slide. This helped a little but not enough. So she cast her eyes around the room.

Now, Little Princess is a very clever grammar-school pupil. I had attended a Festival of the Romans with her in September so I knew that she had a good idea how to solve this problem. We had seen all sorts of techniques at the festival. Put together with her conductive-upbringing background it was not long before I was called to place our long broom-handle sticks under the plinths so that she could pull the ropes and the plinths would roll to their storage space. 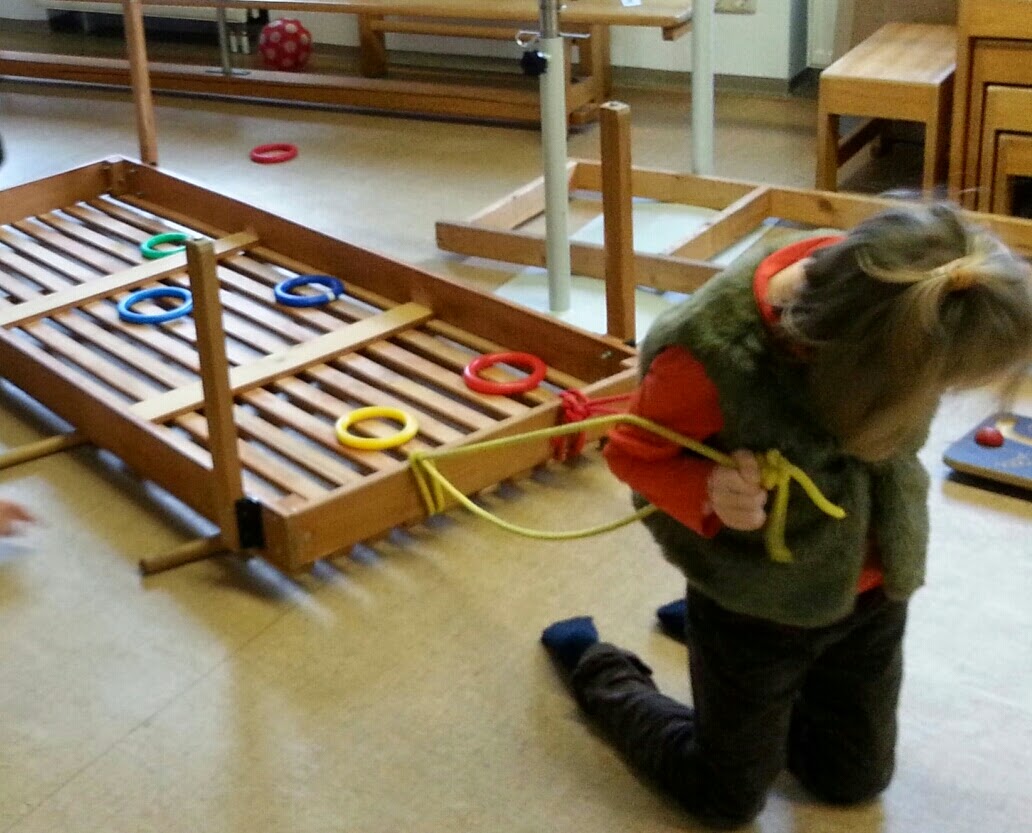 This almost worked too well; Little Princess had to move pretty fast to keep out of the way.

It was fun. Another child, who was having five minutes on the training bike before he went home, enjoyed throwing rings into what he considered to be his pirate ship.